More than a campsite

Marrinup townsite is a heritage listed site located just a short drive north of Dwellingup. Once a thriving mill town, the townsite was abandoned during the downturn of the timber industry and ultimately destroyed by the 1961 bushfires.  Today the townsite is a designated camping area in the heart of the Marrinup State Forest, but its history is what makes Marrinup more than just another campsite.

flow of the falls

Following winter rains, the Marrinup Falls are one of the most picturesque reasons to visit.  A looped walking trail takes visitors on a bush track, which blooms with wildflowers in the Spring, to the top of the falls which gently flow down the valley.  Take a picnic and savour the peace and quiet.

In 1902 a horse-drawn tramway was constructed from Pinjarra to serve a sawmill at Marrinup.  At the time, Marrinup was a town of greater significance then Dwellingup or Pinjarra and the mill operated until the 1930's.  The townsite included a school and housing, the ruins of which are now heritage listed.

Flow Of The Falls

Following winter rains, the Marrinup Falls are one of the most picturesque reasons to visit.  A looped walking trail takes visitors on a bush track, which blooms with wildflowers in the Spring, to the top of the falls which gently flow down the valley.  Take a picnic and savour the peace and quiet.

In 1902 a horse-drawn tramway was constructed from Pinjarra to serve a sawmill at Marrinup.  At the time, Marrinup was a town of greater significance then Dwellingup or Pinjarra and the mill operated until the 1930's.  The townsite included a school and housing, the ruins of which are now heritage listed. 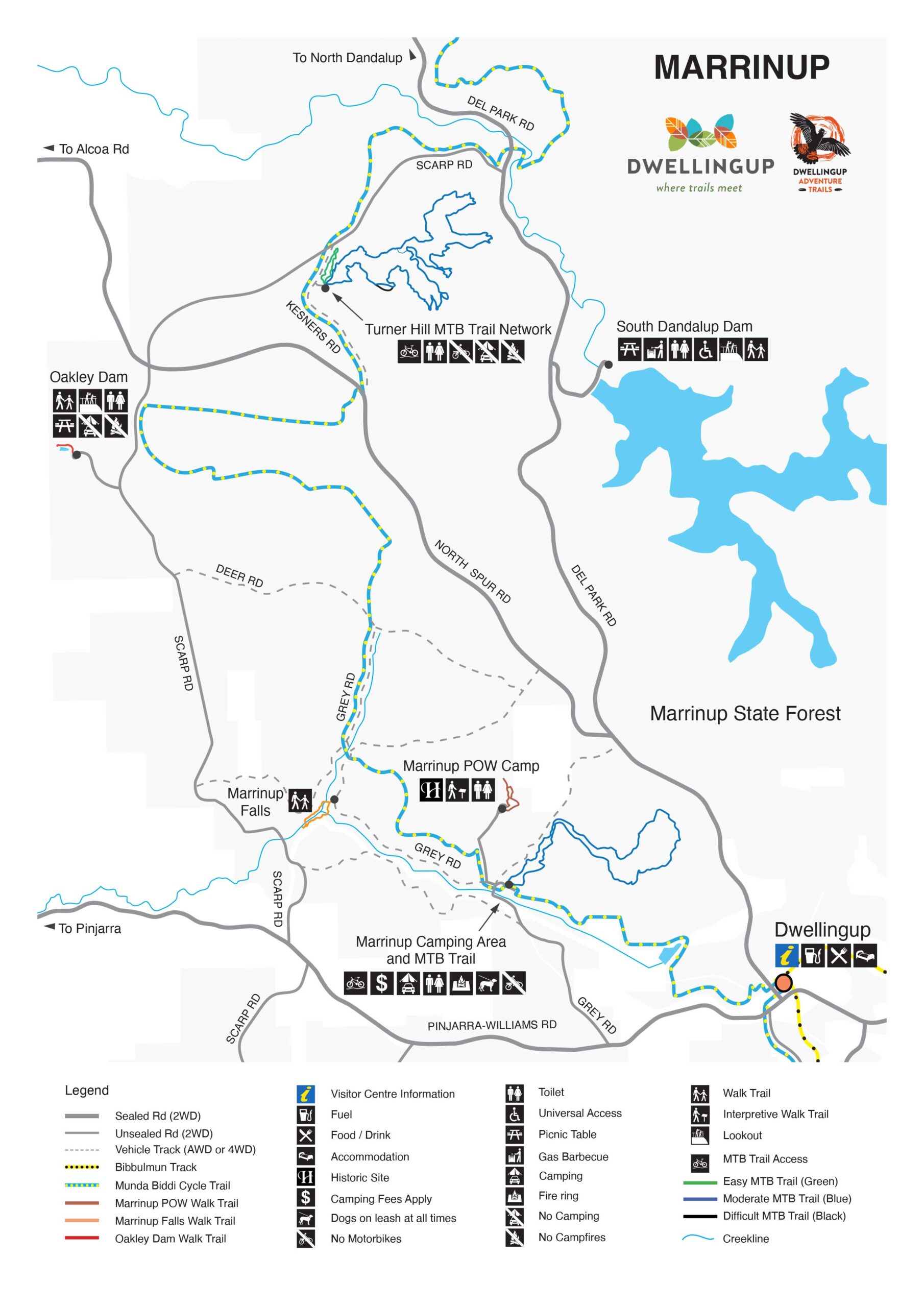 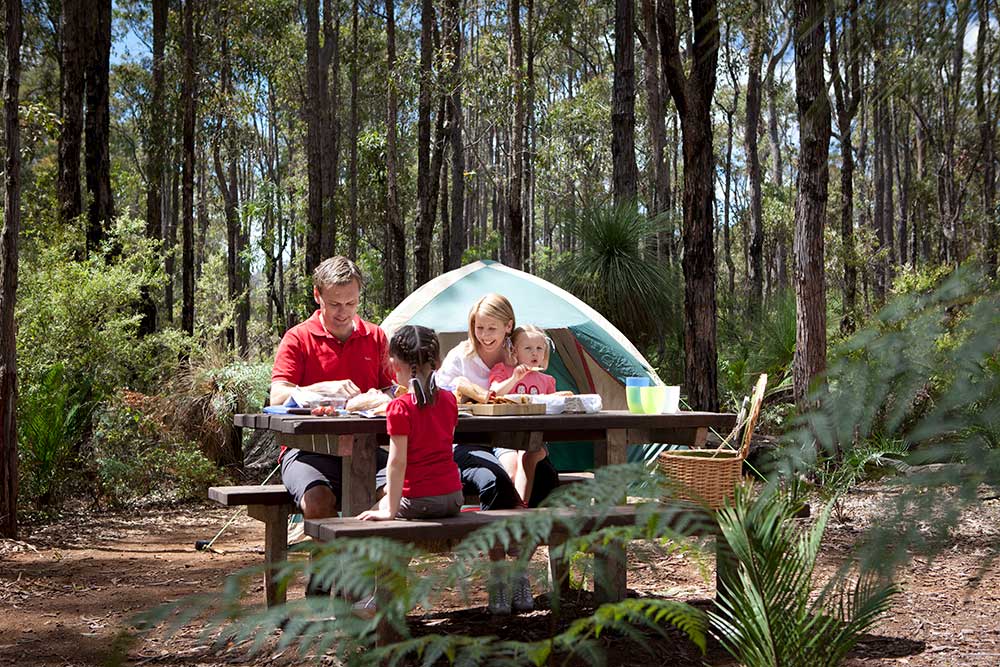 Bush camping at its best. 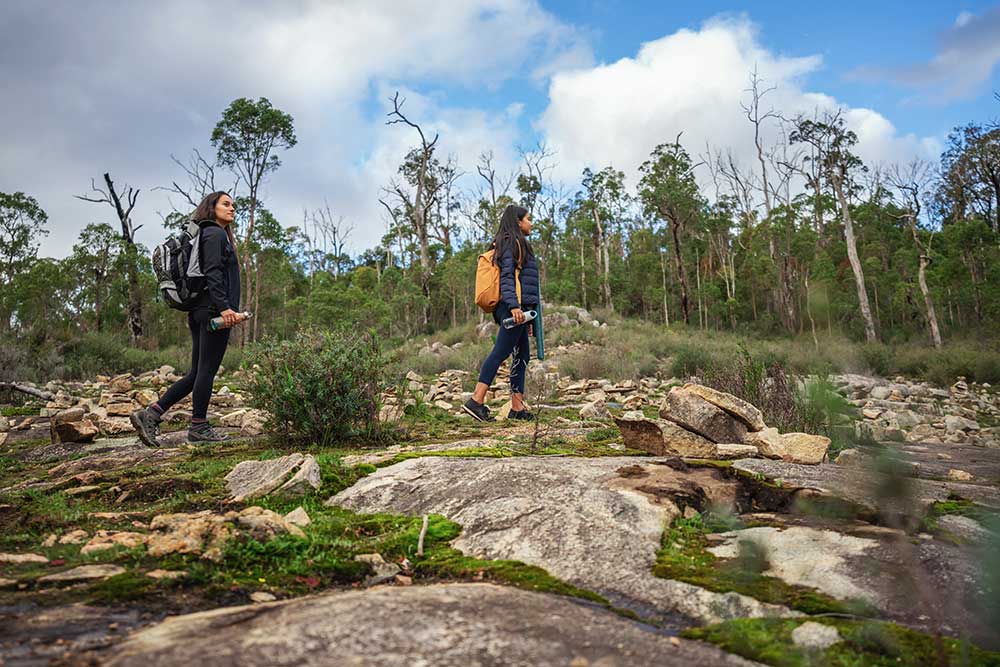 Easy walking trails for the whole family to enjoy.

An easy, single track trail through the bush. 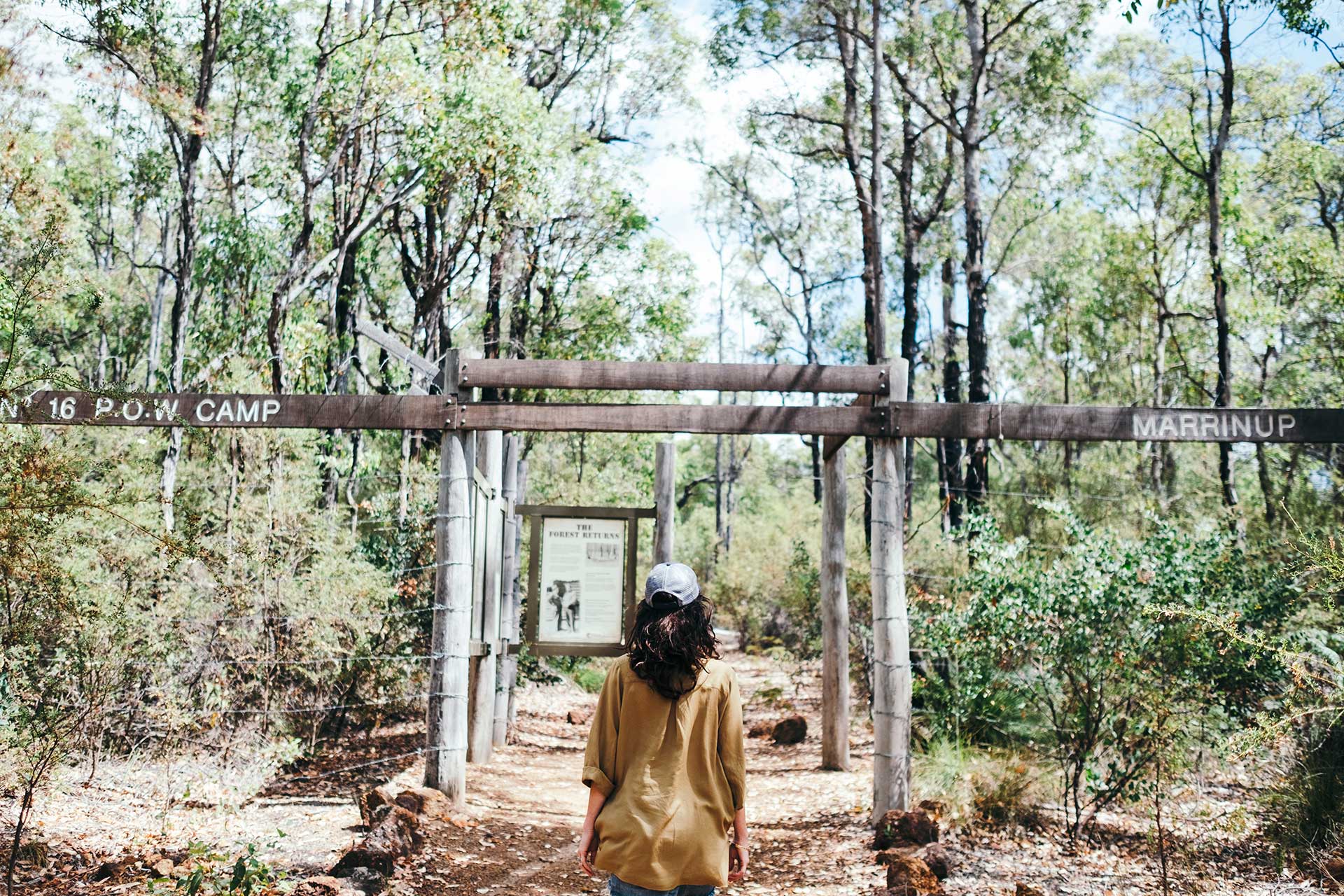 Discover a slice of WWII heritage in the forest.

There's nothing like the advice of a trusted local to help you make the most of your well earned break;especially in a wilderness area.  Our team at the Dwellingup Trails and Visitor Centre can point you in the right direction to ensure that your visit is safe and great fun. 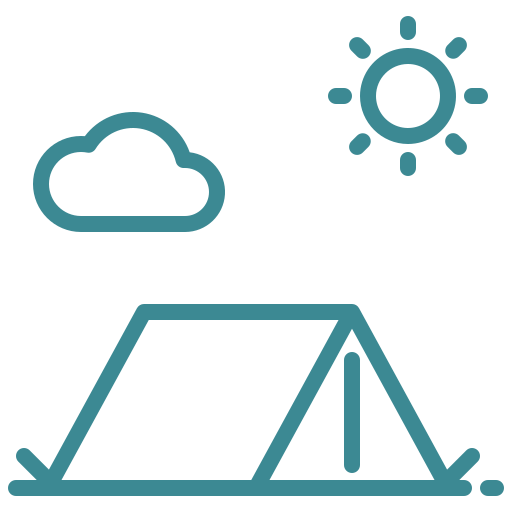 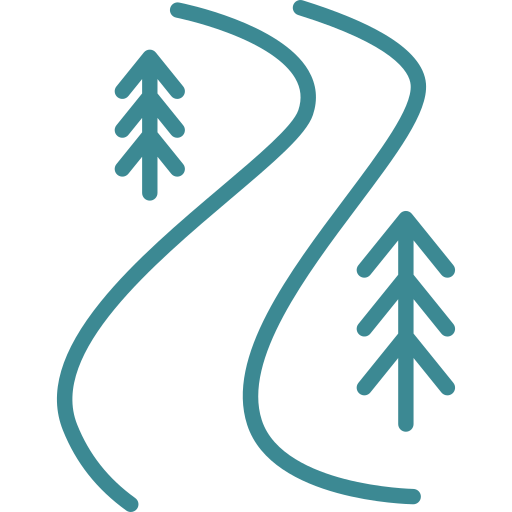 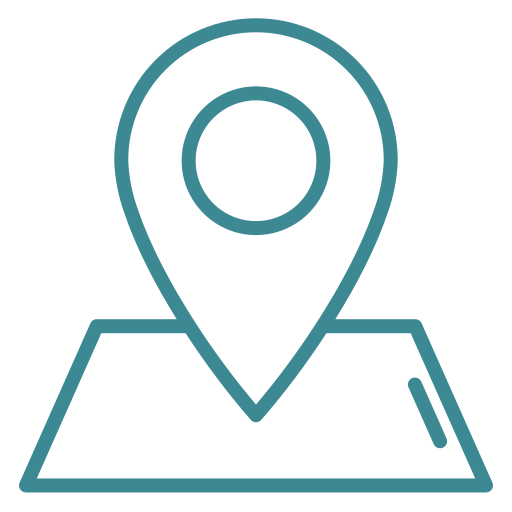 The first sawmill at Marrinup was  established in the 1880s by Charles Tuckey. In 1898, a steam-driven, 14-horse-power sawmill was opened by Hannans Milling Co., as well as a wooden railway transporting logs. The first rail was built from Pinjarra to  Marrinup in 1902, transporting people and goods in, and timber out. Today,  the line is still used by the Hotham Valley Tourist Railway. Marrinup gradually declined in size during the 1920s, while Dwellingup became the region’s major timber town. Marrinup was destroyed in the Dwellingup
1961 bushfires and the old townsite is not the Marrinup Campground.

Marrinup is one of those hidden gems that you find off the beaten track.  Bushcamping and nature-based adventures await.  Check out our stories to inspire your next escape.

If your are lucky enough to be escaping to Dwellingup for the Easter Long Weekend and school holidays, there are so many fun filled adventures to be had and memories to be made 🍂

Roast marshmallows over a crackling camp fire 🔥 sleeping under a blanket of twinkling stars ✨
Wake to the call of the birds and the sound of the Murray River, all in their early morning glory 🐦

🙌 Road works in the Lane Poole have been postponed, Lane Poole will be operating as normal and closed camp grounds have been reopened bookings available online (if still available) at https://parks.dpaw.wa.gov.au/park-stay

✅ New RV Dump Point facilities are now operational in central Dwellingup at the Dwellingup Trails and Visitor Centre precinct. Located at the northern end of the football oval, entry via Wallace Road is preferred 👍

Remember to VOTE for Dwellingup in the Top Tourism Town awards and go in the running to win a $5000 WA Travel Voucher for your next adventure - your votes matter 🥰
https://www.westernaustralia.com/en/Pages/Top_Tourism_Town_Awards.aspx#/

DWELLINGUP HAS BEEN NAMED A FINALIST IN WA’S TOP TOURISM TOWN AWARDS AND WE NEED YOU - TO HELP US WIN.

Go in the running to WIN a $5000 holiday in WA 🏆 and vote for Dwellingup.
Click the link to VOTE FOR DWELLINGUP 👇http://www.toptourismtown.com.au/

It's time to get the tyres back on the dirt and for some epic riding in Murray Valley, Lane Poole Reserve in #Dwellingup - WA's Premier Trails Town 🙌

The weather is going to be perfect for a nature-filled adventure in #Dwellingup this long weekend.

Hire a kayak, canoe or mountain bike from @waypoints_by_da and seek out trails both river and red dirt.

Strap on your hiking boots and choose one of the many walking trails in #lanepoolereserve - be sure to @visitdwellingup Trails and Visitors Centre for a map!

Dwellingup is home to incredible natural landscapes - adventure is yours to create in this remarkable part of the world.

Nature's harvest 🍎
Grown and nurtured in #Dwellingup, and hand picked at the perfect moment, @carahollyorchard's apples are the perfect mix of sweetness and crunch. There's nothing quite like the fresh produce grown here!

Open this Father's Day to celebrate all our wonderful Dads, come enjoy a fun filled day on the #farm. From tractor rides 🚜 and hand feeding the cows🐄, to spending the morning by the fire pits with a hot brew in hand by @blackvelvetandhoney ☕, taking in the scenery and fresh country air.

Soak up farm life and prime Dad for a monster feed of smoked ribs and smashed burgers, brought to you by @smashed_as_burger_co. Relax into lunch with live music by Jacob Pihema Music on the back of the Bedford Truck.

There will also be special Father's Day edition market stalls and of course our shop will be open, packed full of fresh produce to take home and savour.

A day trip, or a well deserved weekend getaway, come enjoy the perfect #FathersDay at Carraholly Orchard. Sunday 6th September 9am to 2pm.

There’s certainly no shortage of natural beauty in Dwellingup! 💚 @anton.wilk captured this spectacular perspective of the scenic #roadtrip amongst our region. Located just 90 minutes from @destinationperth, a short drive from the city will bring you to this secluded town full of #adventure. Explore the #forests on one of the many #trails, meander along banks of the #MurrayRiver and toast marshmallows by campfire under a sky full of stars 🌌. However you decide to leisure this beautiful destination, we guarantee you’ll unwind and reconnect with nature.
TIP: Make a weekend out of your #Dwellingup visit by #camping at one of the campsites at Baden Powell or booking a cottage stay, followed by sampling the local produce at @carahollyorchard and enjoying the boutique wines and ciders of the region at Wine Tree Cidery... to refuel from all your #nature inspired adventures of course!

Of all the paths you take, make sure a few of them are dirt! 🚵‍♂️ @rolykyme_ taking flight along one of #Dwellingup's renowned mountain biking trails.
There are #trails that meet all skill levels here, adding a thrilling #adventure, as you meander through native redgum and jarrah forests, past some of @australia's oldest rocks and along dedicated #MTB trails in Murray Valley.
That red dirt, blue sky and green forest surrounds add a scenic touch to @westernaustralia's Premier Trails Town!
📷 Amazing photo thanks to @shotbyjoshc ...

The Dwellingup Trails & Visitors Centre aims to provide the latest information on our website. Considering the evolving operating environment due to COVID19 we encourage people to call ahead and confirm opening days and times before visiting. View our COVID19 update to learn more.